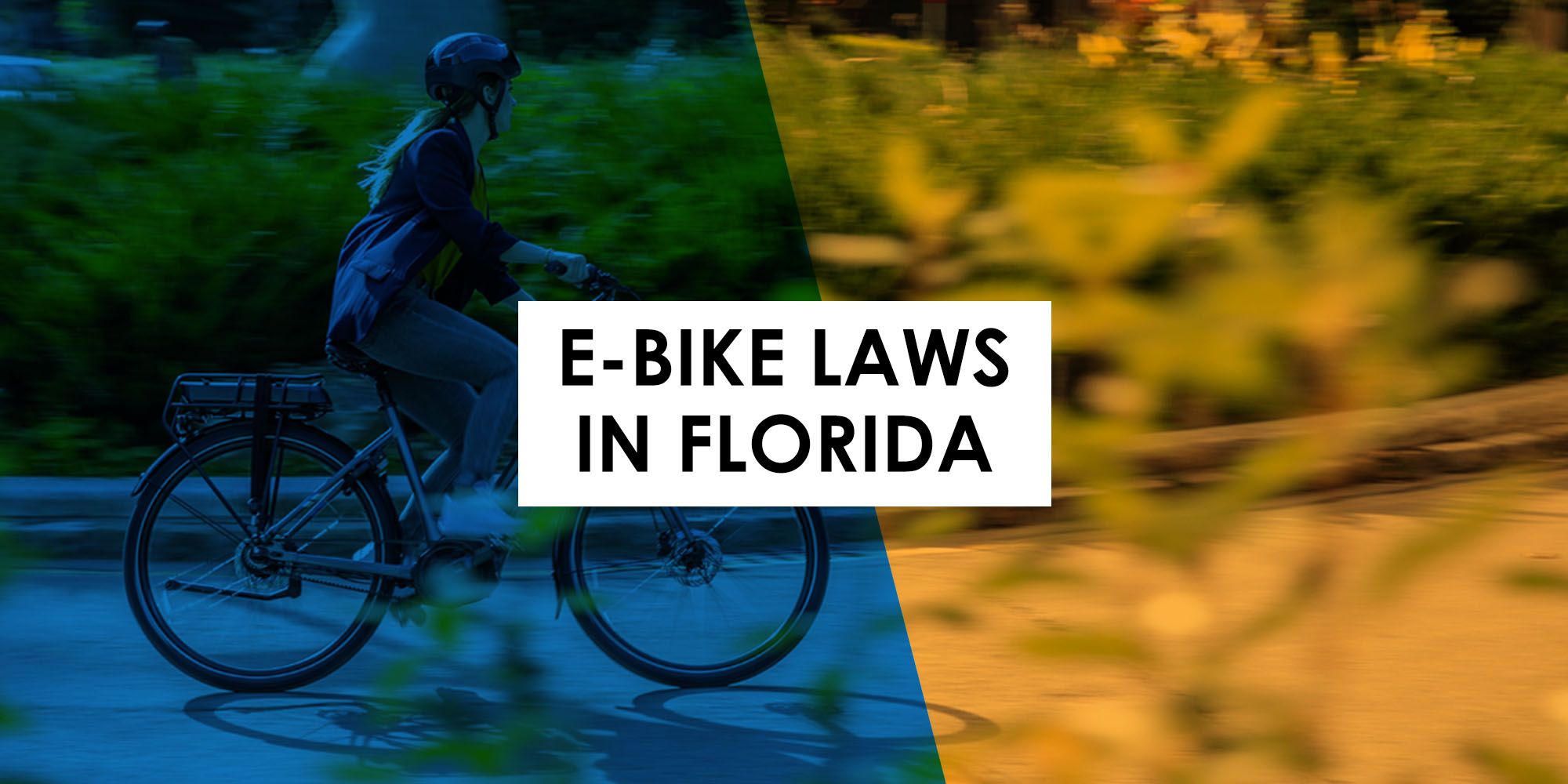 What you should know about E-Bike laws in Florida

You’ve taken the plunge and are now the proud owner of a new e-bike. But do you know the laws and local ordinances regarding the operation and use of e-bikes here in Florida? We don’t want to bum everyone out with rules, but it’s important to know these things before and during bike rides. So we’ve done some homework on this topic for you. That way, we can all have more fun and be safe while riding on and off the road.

E-bikes in Florida should not be able to exceed 28mph with electrical assistance, the top speed of Class 3 e-bikes. Otherwise, we cross into moped or electric motorcycle territory, which are most definitely not e-bikes under Florida law. At Bikes Palm Beach, we sell Class 1 and 3 e-bikes.

State law makes exceptions for local or municipal laws or ordinances restricting or outright banning the use of e-bikes in certain areas. We strongly encourage new e-bike owners to check with their local governments regarding where and how they can ride e-bikes. For example, in both St. Augustine and Sarasota, certain areas of those cities restrict the use of e-bikes on sidewalks, due to a large number of pedestrians/tourists in those cities.

The Town of Juno Beach has an ordinance prohibiting the “driving of motor vehicles…on sidewalks and bicycle paths,” which applies to e-bikes powered by an electric motor of more than 750 watts.

The Town of Jupiter does not appear to have additional ordinances regarding e-bike riding; however, we strongly urge you to check with your local authorities.

E-Bike use within state parks

E-bike use is permitted in Florida state parks, as long as riders comply with Florida state law. Along those lines, just be courteous to each other out on the trails. Don’t be that person.

Know your rights AND your responsibilities

Riding bikes should be all about the fun and experience of the ride. Just remember that we have these rules and laws to ensure we all enjoy our rides to the fullest.